From homeowner to landlord (Part 1 of 2)

The day I bought my first home was one of the worst days of my life. I remember sitting in an office boardroom with my mother, closing attorneys and signing my name what felt like fifty-leven times. I was 26 years old and this step was the crown jewel in what would be a decade long obsession with over-achievement. I’d been saving for a down payment for a year, storing appliances and hoarding household supplies in my mothers garage in preparation for the big day. I wanted to be a homeowner!

The title [homeowner] was a source of pride and like many people I know, I subscribed to the belief that “renting was throwing away money”. I’ve never been a flashy guy but being able to call myself a homeowner was my version of “looking the part to get the part”. And…

since I wanted to look the part of a grown a$$ man, I bought a townhome even though I couldn't afford it. Click To Tweet

At the time, I was working as a graduate research assistant while earning an MBA. This job was a great hack because it afforded me the benefit of getting a huge discount on my tuition while learning valuable skills. It also offered me a small stipend which supplemented my primary source of income—waiting tables. At best, including cash tips, I was earning about $35-39K annually from both jobs. I put about 10% down as a first time homeowner and was approved for a mortgage of about $100K, over 30 years at a 7% fixed rate. Whatever that meant. 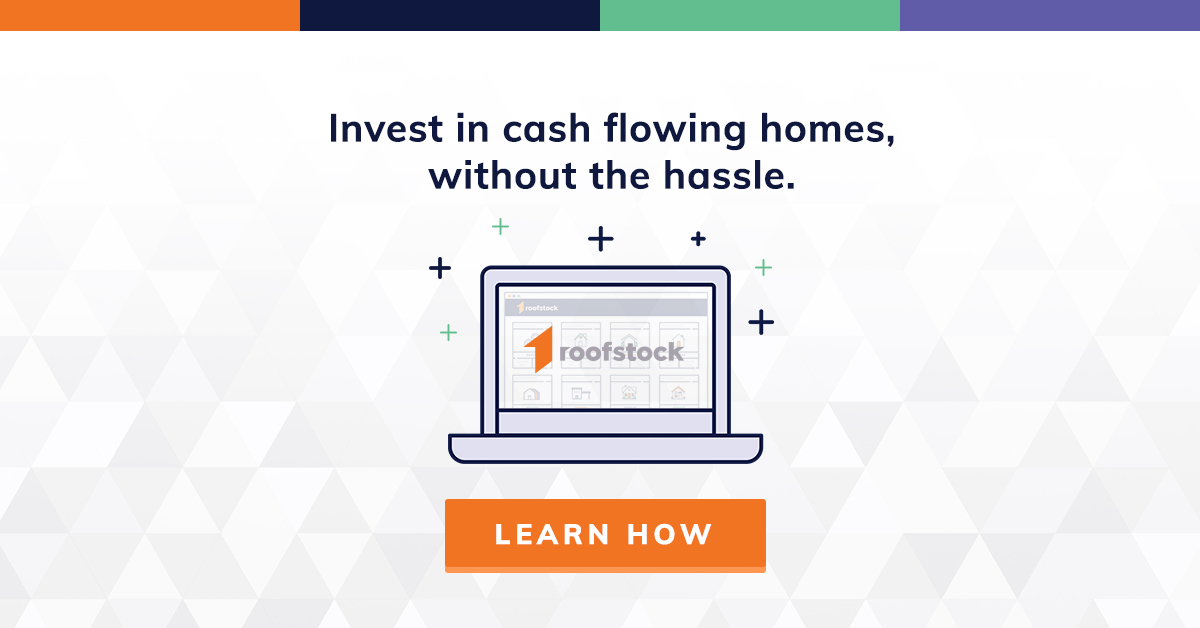 To give you an idea of how clueless I was, I actually missed my first HOA payment because I thought it was included in my mortgage. All I knew was that my trash, water and exterior “stuff” were covered. I just hadn’t figured out that I needed to build in an additional $200+ dollars into my budget for it.

But my ignorance didn’t stop there.

When I got my first county property tax bill, I freaked out. Then I received another huge bill from the city and almost went crazy because I had no idea how I would pay them. I remember bringing the bills to work and showing them to my manager, asking him… is this normal? This is like another mortgage payment. I may need to pickup a few more shifts to pay this. I’ll even work a double on Sunday! Can you help me out?

That’s when he showed me the fine print saying “This is Not a Bill”, explained that my property taxes were included in my mortgage payment and were paid out of an escrow account. Whatever that meant.

So while I was sitting at the closing, I felt like I was signing my life away. I knew I could afford the payment, but I didn't understand the true cost of owning a home. Click To Tweet

As my realtor, my Mom and the attorney watched me sign the closing documents they were all beaming with pride to see a young, black man make this milestone financial decision. My Mom would often throw one of her favorite Jamaican quotes out there to help me understand that my decision was a good thing.

It was her way of reminding me that buying a home was always a good investment. Unlike food, it doesn’t go bad and can provide usefulness until the end of time. And while I heard her, I couldn’t find the energy to be excited about this supposedly big step. It just didn’t feel right.

The only other time I felt like that was a few years earlier while I was filling out a FAFSA on the fly. Up until that point, I’d been flying blind under the belief that I had the HOPE scholarship and that everything was all being paid for somehow. Until it all ran out and I wasn’t able to register for classes. I felt lost…doomed. And the day I bought my first home, for some reason, I had similar feelings in my gut.

The first year of homeownership went by quickly because, well, I continued working two jobs and going to grad school at the same da** time. We were in the very beginning of the Great Recession and I was starting to see the end of the tunnel for my MBA experience. For the first time ever, I could actually understand the segments of the news about the state of the economy and how it all connected to my day-to-day life. I didn’t simply skip past CNBC on the cable guide, or ignore the little tickers scrolling at the bottom of the screens. I was no expert but I knew more than the average bear—enough to be dangerous.

But since I had very little in savings at the time, the state of the economy didn’t really bother me. I was young and I believed I had a long career ahead of me, so I wasn’t concerned with the health of the stock market or this little mortgage crisis they were always talking about on the news.

In fact, I distinctly remember receiving the next few sets of property tax bills and them being considerably lower than my first. Because of this, my monthly mortgage payment actually went down and I felt relieved. I had no idea what the long term implications of this reduction meant for my ability to build wealth. All I knew was that less money was coming out of my checking account. Nothing else mattered.

So in 2008, after graduation, I landed an entry level corporate job for $40K. It was the first time in my life I didn’t have to work nights and weekends. Over the years, as my career blossomed and my salary grew, I felt like I needed to have a plan for my money which was when I found the Bigger Pockets podcast.

I couldn’t believe there were people making so much money through real estate and living what seemed to be extraordinary lives. And as much as I enjoyed my corporate job, I knew it wouldn’t last forever—I didn’t want it to. So I began building a life that put me in greater control of my financial destiny instead of relying on luck, prayer or promotion. Instead of spending weekends tearing up the ATL skreets, I stacked my bread, kept my spending low and dug into learning about real estate from the ground up.

Meanwhile, over the years, the home that was supposed to make me feel like a grown a$$ man was making me feel like a lost child in the woods—helpless. So, I chose to refinance my mortgage through a special government program but any savings I got from that quickly went towards repairs.

I had a leak from a pipe in the attic that seeped through the guest bathroom. The guest bathroom vanity was pretty much useless due to an old faucet that sprayed water if you turned it on. The guest bedroom went unfurnished for years with the exception of my work desk and old exercise equipment. I had to replace the water heater, the furnace and the refrigerator.

Beneath my kitchen faucet there was a leak that rotted away the base of the vanity and made it nearly impossible to store anything. And every single time the A/C guy would come to do his bi-annual checkup he’d try to push me to replace the “starter-thingamajig” because it was running hot. There were other issues too, but you get the point.

Homeownership was annoying and expensive AF. It helped me understand the true meaning of "if it aint one thing, it's another". Meanwhile, everyone thought I was doing well because I was a "homeowner". Click To Tweet

It was weird to hear people say “I’m trying to get like you” because I wanted nothing more than to be like them. I wanted someone to complain to. I’d underestimated the luxury of simply calling someone to come fix these issues instead of having to pay for all of it myself.

But as I started learning about real estate investing, economic cycles, entrepreneurship and investing in the stock market, it all put my position in perspective. I was upside down on my mortgage but I had reason to believe the housing market would recover. It took a long a$$ time, but history did eventually repeat itself.

By 2012, I was binge reading books and banging through blogs. I listened to podcasts, went to seminars and hoarded every free resource I could find about how to build wealth. And while they didn’t offer me very many profitable ways out of the homeowershp rut I was in, I found comfort in Warren Buffet’s advice to “never lose money”. Even if buying this home didn’t become one of my best investments, I was dead set on it not being a bad one.

With Warren’s advice on my mind, I was determined to stay in that house until I could at least break even or make a reasonable return. So after meeting Kiersten and getting married in 2015, instead of buying up, we opted to completely renovate it in 2016.

The goal was to make living small the priority because we knew the longer we did that, the longer we could keep our expenses low and our savings high. Secondly, we knew we could make that property a debt-free rental in the future and that we had an opportunity to make it one of the nicest in the neighborhood. Also, if we chose to keep it, we could always use it as a place for my Mom to stay because we anticipated having to support her financially someday.

Even if we chose to sell it later on, we’d be in a position to unlock the equity at or near the peak of another economic cycle. Well, fourteen years later, after being under water, after a renovation, after a mortgage payoff and a solid run as a debt-free rental, we decided to sell. And if our recent sales experience is any indication, it was definitely a good decision.

Find your fave posts on…